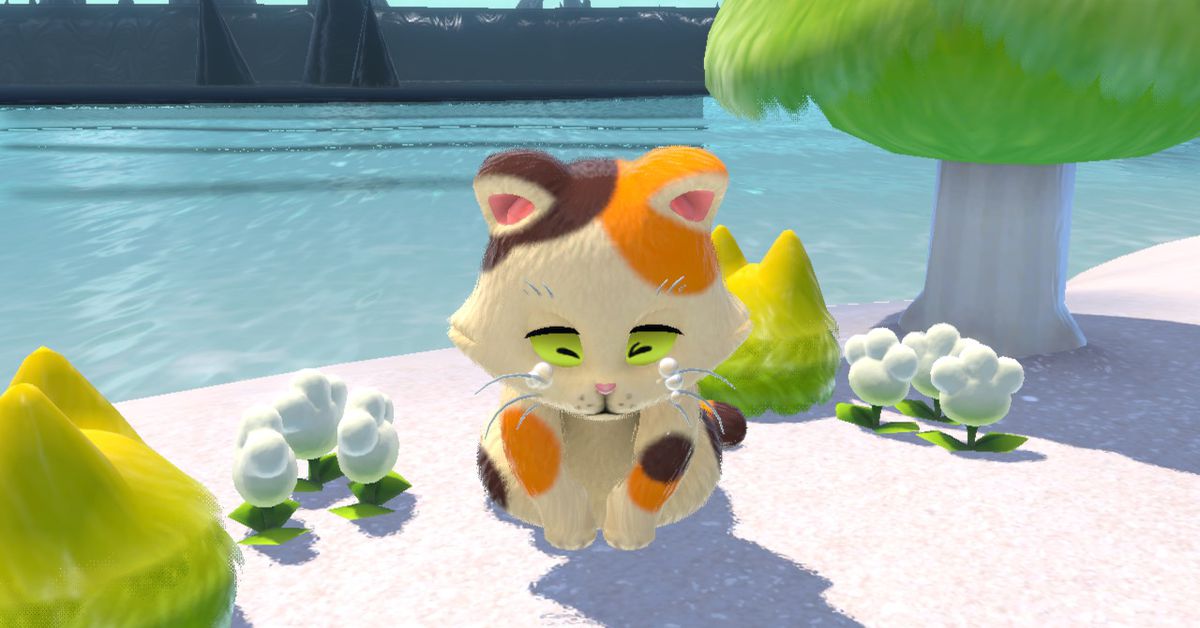 At Lake Lapcat in Bowser’s Fury, there are cats everywhere, but there’s on particular mama cat who’s looking for her kittens.

The cat mom will be sitting at the Giga Bells in the center of each area once you unlock her, but she’ll only appear if you help her at the previous location first. For example, she won’t appear at the Wasteland Giga Bell until you help her find her missing family at the Ruins Giga Bell.

Note that her cats are not the randomly colored ones you see around the lake, but the calico cats that have the same fur as her. Once you find the cat, pick it up using the Y button and carry it over to the mom. If you fall into water or get attacked by an enemy, you’ll drop and lose the cat.

The first missing cat is actually super close to its mom. Just turn around the Giga Bell and scoop the cat up, which is likely playing with a ball.

Just like the Lakeside cat, one of the kittens is actually by the Giga Bell. It’ll be on the shore by the stack of Bowser Fury bricks (or clear pipe, if you broke them).

Another cat is on the Clawswipe Colosseum gate. Use a Super Bell to turn into Cat Mario, allowing you to climb up, grab the cat, and carry it to its mom.

The last cat is all the way at Crisp Climb Castle, by the gate. You’ll have to pick up the cat and very carefully jump on the moving platform in front of the gate. You’ll then need to cross through Trickity Tower and carry it back to the Giga Bell.

The first cat, just like the others, is found close to its mom. It’s by the entrance to Risky Whisker Island.

This cat is waiting at the end of the dock attached to the Wasteland Giga Bell area. At the very end, the cat will be sitting and chilling, so just go scoop it up and return it to its mom.

This cat is sitting by the gate to Pipe Path Tower. To carry it back to its mom, you’ll have to carefully walk on top of the pipe you take to the island.

This cat is by the lighthouse at Mount Magmeow. Go up the clear pipe to the multicolored platform (if you already beat the Cat Bully) or complete the level to fight the Cat Bully. You’ll just need to pick up the kitten, jump back on to the land with the gate, and take the green platform back to the Giga Bell.

This cat is on the bottom part of Risky Whisker Island. Go to the bottom under the gate and you’ll see the cat in an alcove. Right next to the alcove is a series of blocks to climb up. Once you start climbing higher, the blocks will turn invisible.