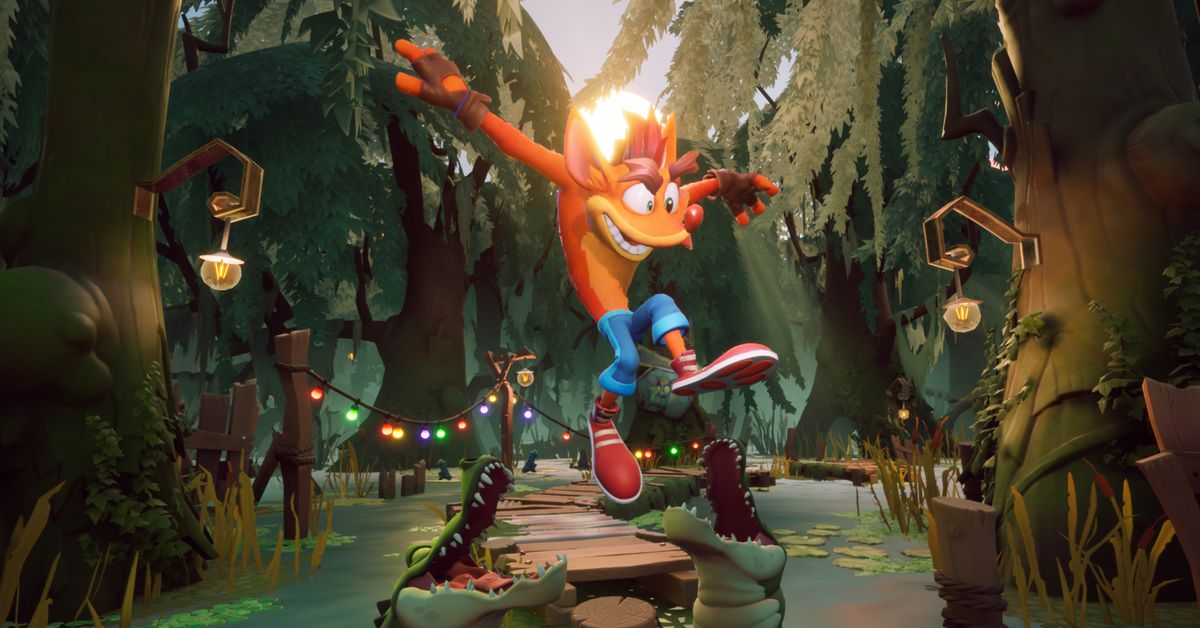 The PS5 and Xbox Series X versions of Crash Bandicoot 4 will get a nice graphical upgrade; they’ll run in native 4K resolution at 60 frames per second. (The Xbox Series S version will render in upscaled 4K.) Players on PS5 and Xbox Series X can also expect faster loading times and 3D audio effects. Crash 4 will also take advantage of the PS5’s DualSense controller. “Fans will now be able to feel the force of Neo Cortex’s DNA-changing blaster and experience the grip as they grapple with Tawna’s Hookshot,” Activision said in a news release.

Crash Bandicoot 4 will cost $59.99 on PS5 and Xbox Series X. Activision says that existing owners of Crash Bandicoot 4 on PlayStation 4 or Xbox One can upgrade for free to the PS5 or Xbox Series X versions, respectively. The Nintendo Switch version is priced at $39.99, as is the forthcoming PC version.

Activision released Crash Bandicoot 4 on PS4 and Xbox One in October 2020. In our review of Toys for Bob’s game, we called it “the best-looking HD PlayStation 1 platformer of all time complete with all the frustrations that gaming has outgrown in the last two decades.”