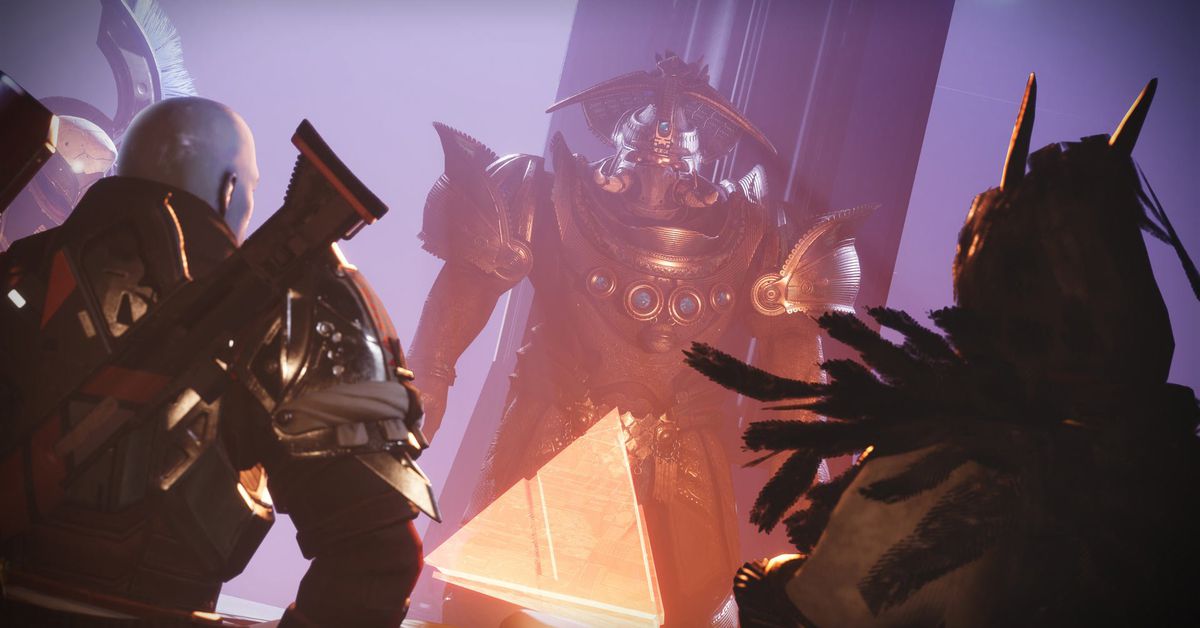 Destiny 2: Season of the Chosen is here, and with it comes a host of new activities, new weapons, and balance changes. This season is all about a new war with the Cabal, and facing off against Caiatl, daughter of Emperor Calus. Players will need to protect the Vanguard while Zavala tries to reach a peace agreement with the Empire.

As always, there are new Exotics to chase through quests and the season pass. This season also refreshes the Strike playlist with two fan-favorite Strikes from the original Destiny. Later this season, Guardians will get a new Strike as well.

Check out our summary of the patch below, and keep scrolling for the official patch notes.

Like every new season, players can get their hands on new Exotic weapons and armor pieces. We currently don’t know much about the Exotics this season outside of the Season Pass Exotic, a flaming bow known as Ticuu’s Divination. This weapon fires flaming, tracking bolts at enemies and seems similar to the Arc Exotic bow, Trinity Ghoul.

Later in the season, players can get their hands on a new Tex Mechanica weapon through an Exotic quest, but it’s not on the schedule yet.

Players will also have three new Exotic armor pieces to hunt down. Like Beyond Light, players can get these new Exotics by solo-ing high-difficulty Lost Sectors.

Season of the Chosen sees a major refresh to the Strike playlist — sorely needed after Beyond Light’s sunsetting saw the removal of several Strikes.

The Devil’s Lair and Fallen SABER Strikes return from the original Destiny. Both are set in the Cosmodrome. In March, players can enter the Proving Grounds, a new Strike that takes place inside a giant Cabal tank.

Trials of Osiris gets a loot refresh

In addition to new Strikes, players can also experience Trials of Osiris in a new light. There are three new Trials of Osiris weapons to chase: a sword, hand cannon, and pulse rifle. Guardians can also don a new Trials armor set, which mixes a Cabal-like aesthetic with Trials’ signature Egyptian look.

Players will need to wait until Friday, Feb. 12, to pick up the new Trials loot.

Completing challenges will net Guardians Bright Dust, experience, seasonal currency, and more. Many vendors no longer offer weekly bounties as a result of the new Challenges.

Every season comes with some major rebalancing for weapons and systems, but Season of the Chosen seems to add a few more. PC players in particular will see a big change with the new recoil adjustment, which kicks up the recoil for mouse and keyboard players.

Bungie has also improved rocket launcher and fusion rifle damage. Swords will be less effective against high-level enemies in Season of the Chosen. For more weapon balance changes, look below.

Here’s a complete list of the official patch notes for Destiny 2: Season of the Chosen.

For Season of the Chosen, some of the localized voice actors were recast permanently or temporary due to ongoing challenges imposed by the pandemic.

We intend to return to the original cast as soon as possible.

Gran Turismo 7 Delayed to 2022, God of War Unlikely This Year Too

Stardew Valley’s board game adaptation looks as cosy as the farming...

Stardew Valley’s board game adaptation looks as cosy as the farming...