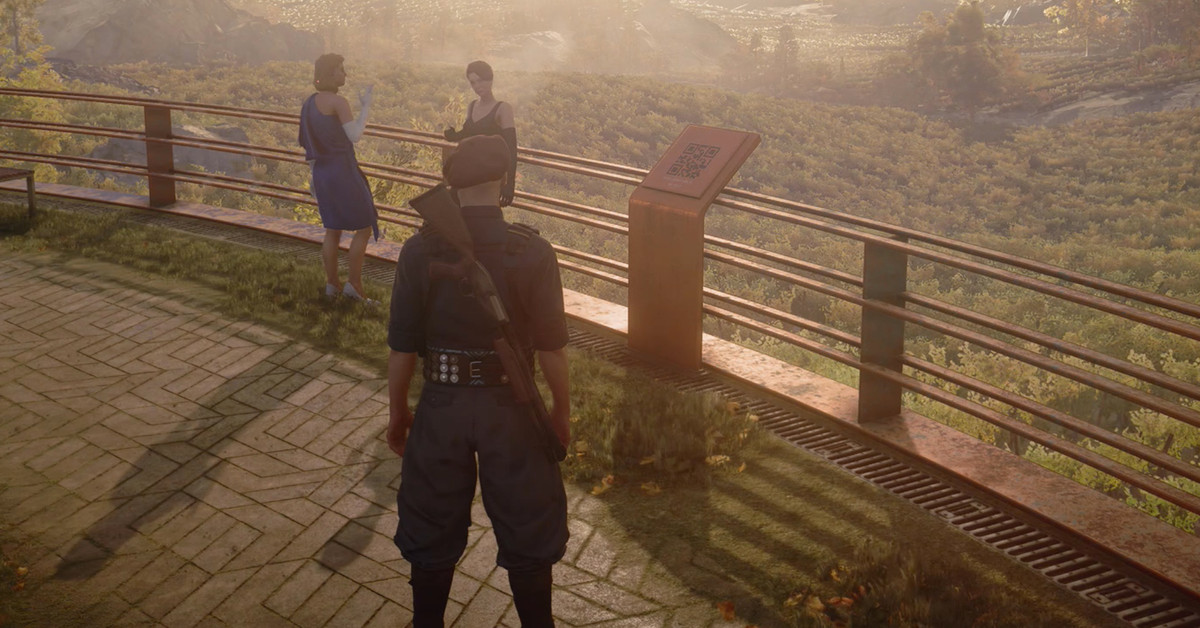 “Eyes On Top” is a Mission Story in Hitman 3’s “The Farewell” Mission. In Medoza, Argentina, Agent 47 must find a sniper spotter’s earpiece to trick Don Yates’ guards into assassinating Tamara Vidal.

Along the way, we’ll help you earn the Hello, Cowboy and Melon Head Challenges.

In this Hitman 3 guide, we’ll walk you through every step you’ll need to take. Below, we’ve got maps showing where to start, important items to find, where every clue is, and every location you’ll need to visit.

Don Yates has the snipers on high alert. They await a picture ID and kill order from the guards on the ground. Yates himself is clearly off-limits. But Tamara Vidal is a different matter.

From the Parking Lot, head south. Jump the fence into the guarded parking area, and stick to the left wall — use the low wall and cars to stay out of sight. When you reach the end of the area, vault the low wall, and duck around to the left — in front of the limo and behind the pickup — to climb through the open window into the (unmarked) security office. Grab the coin from the corner of the desk (we’ll need it later).

Step out into the hallway on the other side and turn right. Turn on the fuse box to create a distraction, and duck behind the pipes and hot water tanks(?) nearby. Wait for the nearby gaucho to come investigate, subdue him, and put on his disguise. Dump his body in the cabinet back in the office.

Exit the office again, and turn left this time. Take the tunnel to the far end to reach the Silo. When you come aboveground, turn right. Grab the crowbar as you pass (always grab crowbars), and climb the stairs up to the silos.

There’s an enforcer gaucho patrolling the walkway, so wait for him to walk away. Head to the center of the walkway, and take the stairs on your right.

Listen to the sniper and his spotter to start the “Eyes On Target” Mission Story.

Take the stairs down to the northeast corner of the Silo area. Hop the wall and crouch in the lavender. Make your way into the center of the Lower Gardens. There are two gauchos with some watermelon targets next to a pickup truck.

Wait for them to turn their backs, and sneak in to grab the earpiece out of the box behind the truck. Duck back into the flowers if you need to avoid getting spotted by an enforcer (your disguise makes you generally safe here, though).

Pull out your camera and snap a picture of one of the watermelons on the table nearby to get the Melon Head Feat Challenge.

Your gaucho disguise will let you run mostly freely wherever you have to go. We found Tamara Vidal in the Tasting Room in the northeast of the main building.

Watch for enforcers while you scan her with your camera.

To get her in the open, you’ll need to talk to her. Head around to the north side of the Tasting Room to find another door inside. Keep an eye out for the three enforcers as you make your way to the bar. Use the people to blend in if you have to.

Diana will lead Tamara out to the open area to the east where the sniper will spot her. You need to take out the three bodyguards first.

Follow them all out of the Tasting Room. As Diana and Tamara settle in, the trio of guards will take up positions nearby.

Vault back over the railing and approach Tamara and Diana. Hit the prompt to take the shot and complete the “Eyes On Target” Mission Story.

Knockout City’s beta on PlayStation, Xbox, and Nintendo is April 2

Dragon Age 4 will be a single-player RPG, as EA cuts multiplayer feature