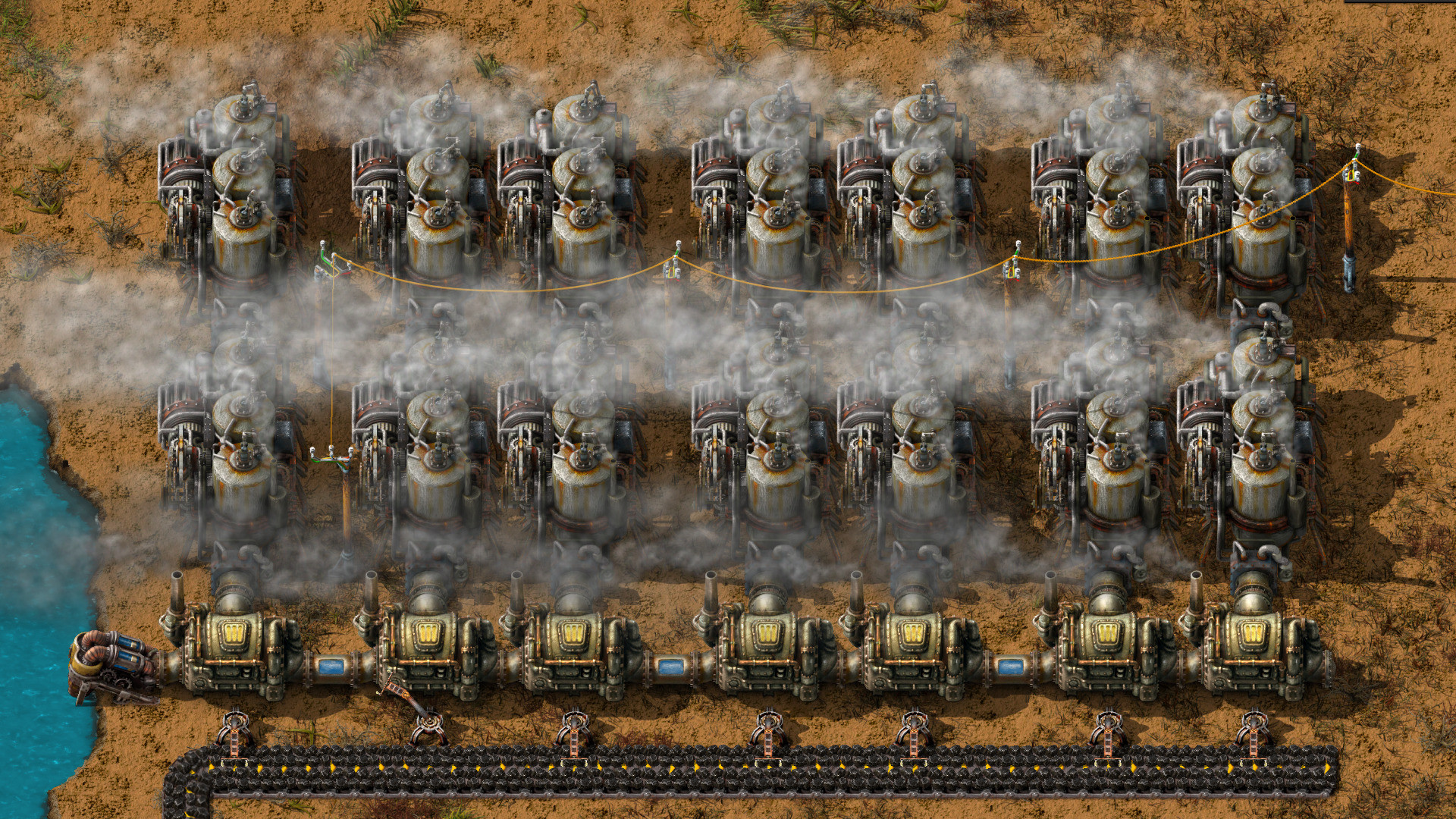 After four years in Early Access, Factorio 1.0 launched last year – ahead of schedule, as it turns out. Version 1.1 has now arrived, and it’s the final release of the game. Developer Wube Software says it’s been thinking about its options for the future, and that it’s decided to move ahead with creating a full-fat expansion pack for Factorio rather than a sequel or series of smaller, free updates.

Wube announced the expansion in the latest Friday Facts blog post on the official Factorio website. After a brief statement explaining that version 1.1 will be the final release of Factorio, the developer turned to the future. Now that the industrial management game has launched, the studio felt it had four options: creating free updates for Factorio “forever,” making a sequel, doing small DLC packs, or one large expansion.

It’s the last one of these options that “seems to fit the best,” Wube says. “It would be one well-defined product that would be significant enough to recapture people’s attention, and it would be compatible with our workflow. Technically, it would be ‘just’ a new version of the game, so all the infrastructure of mods being updated, multiplayer etc. would just work the same as it worked until now.”

Since Wube is only now starting work on the Factorio expansion, there’s very little to show or tell about it. The developer says it plans to keep “the iterative process of expanding things that prove to be the most fun” and that “we don’t think that it will take less than a year to develop.”

Wube is also hiring for several positions to support the creation of the expansion, including 3D artists and an operations developer. Anyone talented in C++ programming is also encouraged to apply, even though the studio isn’t actively hiring in those positions at the moment – “someone exceptionally skilled can always find a place here,” it says.

There’s definitely an audience for the expansion when it arrives. Since its initial launch, Wube says Factorio has sold more than 2.5 million copies.