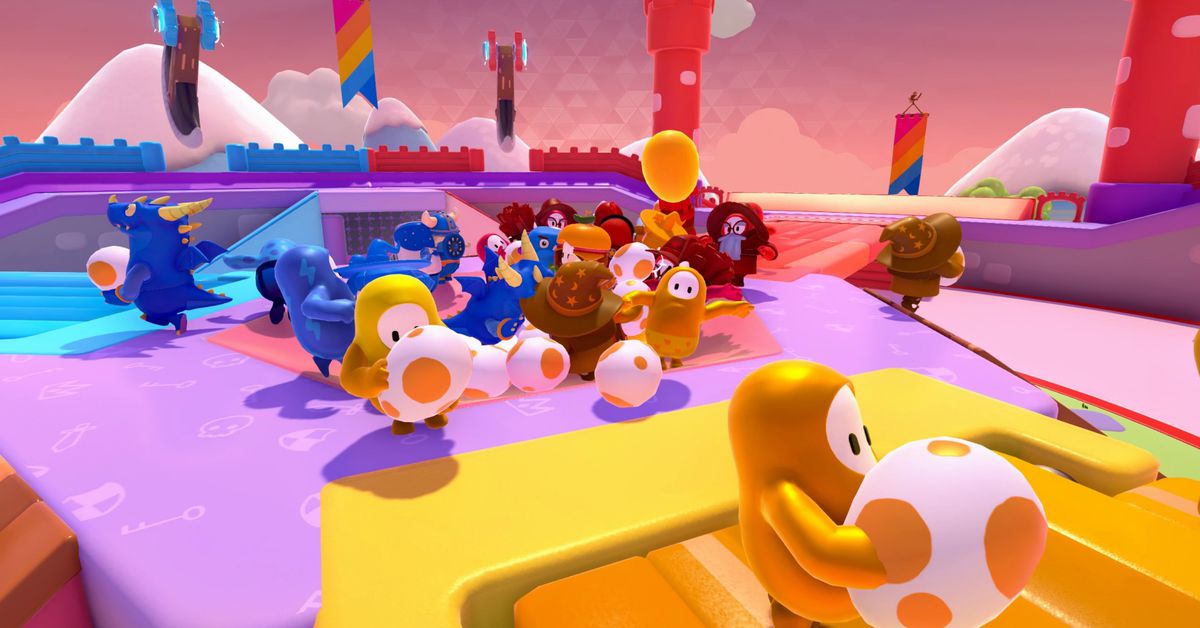 Fall Guys: Ultimate Knockout is coming to Xbox One and Xbox Series X this summer, developer Mediatonic announced Thursday — the day after the developer of the bean battle royale game was confirmed for release on Nintendo Switch.

Mediatonic did not provide a more specific release date for the Xbox versions of Fall Guys. It’s also not clear if Fall Guys will be included as part of Xbox Game Pass. Joe Walsh, lead game designer at Mediatonic, said in an Xbox Wire post, “There’s a delicious selection of dapper costumes, imaginative rounds, features and improvements in the pipeline and I can’t wait to share them all with our lovely new Xbox audience this Summer.”

Fall Guys was released in February 2020, and was available initially on PlayStation 4 and Windows PC. Mediatonic has released several updates in the months after Fall Guys’ release date, adding a battle pass-type system, seasons, and new stages. With the goal of being the last bean standing in a series of silly games, Fall Guys became an immediate hit — a fresh, different battle royale-style game in a sea of shooters.

Fall Guys is currently in its third season of content, which kicked off in December. A mid-season update was released in early February.

Knockout City’s beta on PlayStation, Xbox, and Nintendo is April 2

Dragon Age 4 will be a single-player RPG, as EA cuts multiplayer feature