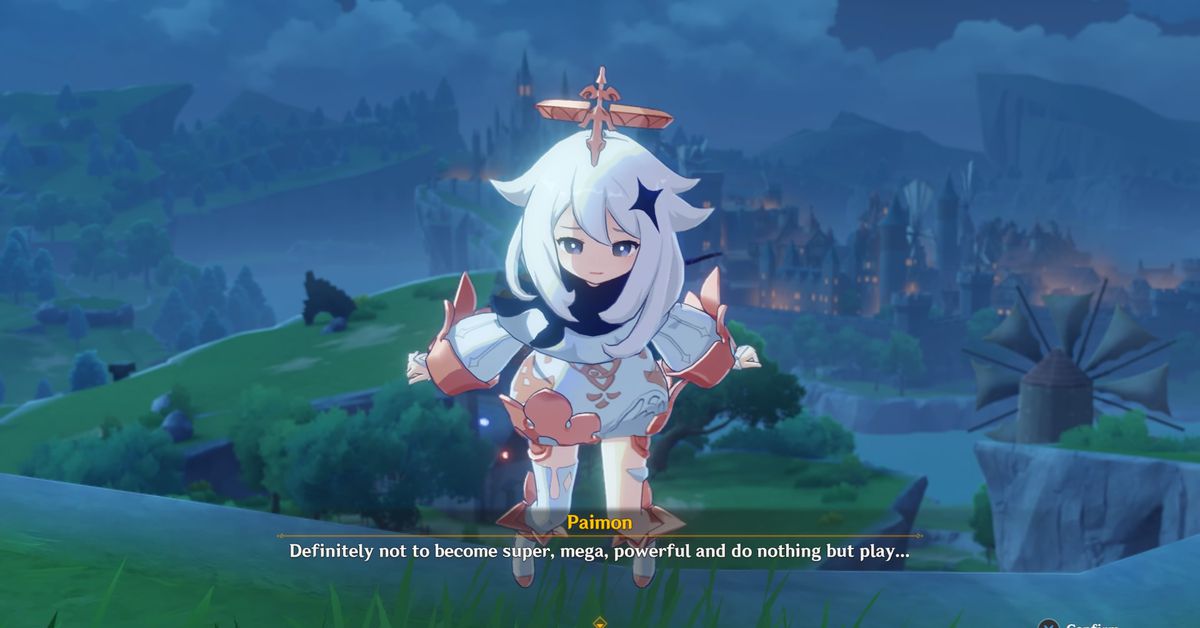 Corina Boettger — the voice of Paimon in the English-language version of Genshin Impact — is on TikTok, and their videos are hilarious. While Boettger technically joined the platform almost a year ago, their account blew up last September after the release of Genshin Impact. Since then, Boettger embraced their role as the annoying Paimon, and continues to make tons of Genshin-related content to the delight of fans.

While Boettger occasionally gives actual advice on voice acting, a lot of their videos consist of just joking around and living day-to-day life. In one video, Boettger tells fans that the voice actor for the character Venti is making a guest appearance on their TikTok, while holding a venti-sized coffee from Starbucks.

While I appreciate Boettger’s energy and their willingness to engage with fans, I think what’s most funny about their TikToks aren’t the cheesy jokes or the line requests. It’s that the account shows you what it would be like to live with Paimon in real life. (And yes, it is as annoying as you might imagine it to be.)

For example, Boettger has a series of videos filmed while lying in bed with their boyfriend and taking requests to shout lines like “SENPAI!” while he groggily responds.

The best TikTok I saw was one where Boettger learns that their boyfriend Eddie skips over Paimon’s lines when he plays Genshin Impact. In the video, Boettger shouts, “THIS MOTHER FUCKER RIGHT HERE SKIPS THROUGH MY FRICKEN LINES!”

When asked why he skips over his own partner’s lines, Eddie responds, “Because I hear you speak every day.”

Boettger isn’t the only cast member of Genshin Impact to join TikTok. Others, like the voices of Venti and Beidou, are on the app as well. In one video, Boettger issued a challenge to fans to voice Paimon lines — and other voice actors participated. So in case you were wondering, you can now hear Erika Harlacher, the voice actor of Venti, say Paimon’s lines.

This is just a sliver of the content that’s out there, so if you’re a Genshin Impact fan, or a fan of any of its voice actors, you can now go look them up on TikTok to learn more about them and their normal lives.

Correction: This story has been corrected to use Boettger’s pronouns throughout, as specified in their Twitter bio.