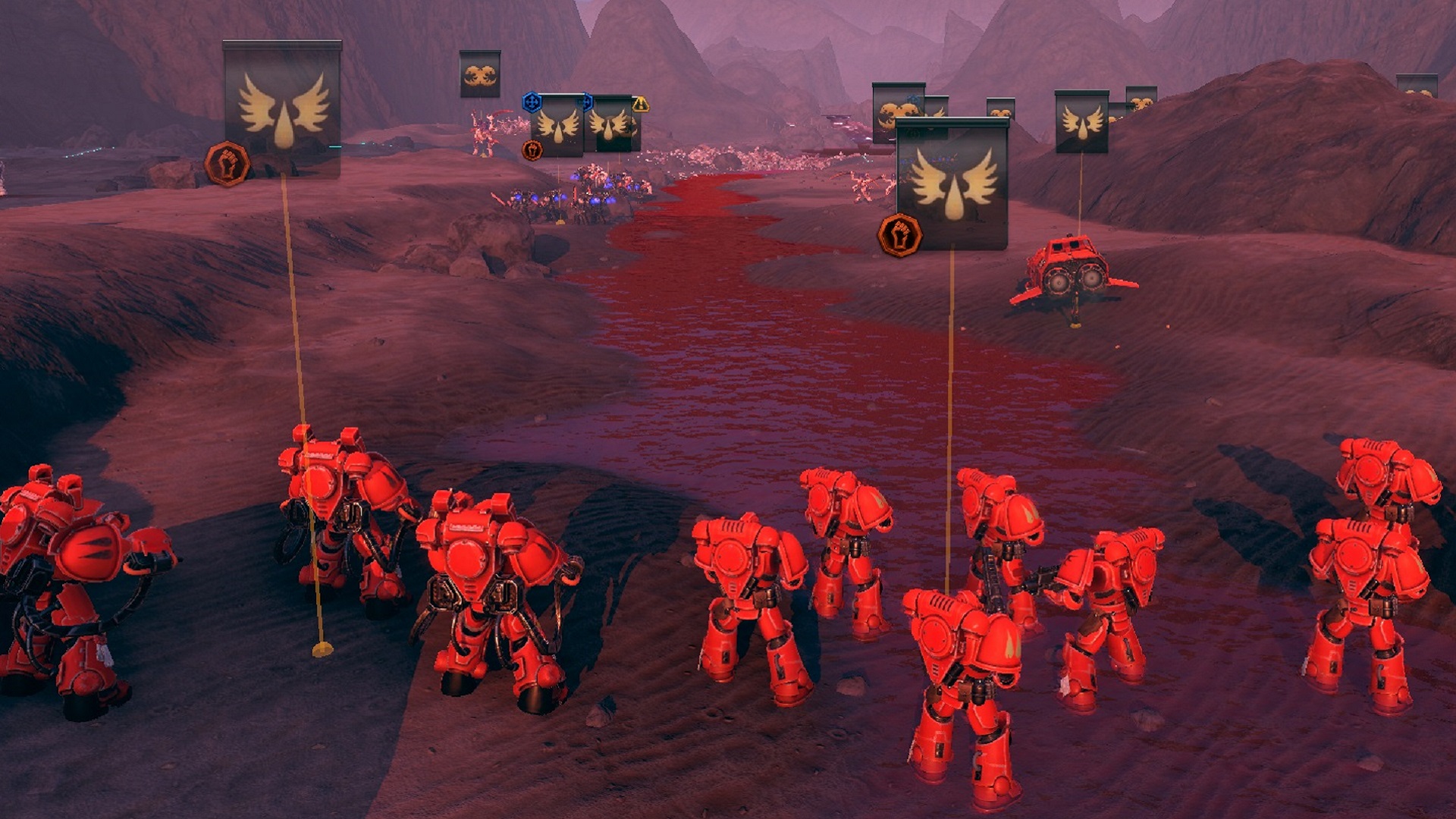 In the grim darkness of the near future, there’s only a new Warhammer 40,000 strategy game. Slitherine has just announced a new title called Battlesector, coming from the same developer that created Battlestar Galactica Deadlock, and we’re all very excited.

It’s not a new space game involving fleets and fighters, however. Black Lab is instead turning its attention to land-based warfare, offering a new turn-based strategy game set during the current 9th edition timeline – which means Primaris units – that will pit Space Marines of the Blood Angels chapter against the parasitic hordes of the Tyranids.

If you ever played previous Slitherine-published title Warhammer 40,000: Sanctus Reach, it’s looking like this might be a similar game, but with more resources and made by a veteran design studio. The solo campaign, which sees the Blood Angels trying to defend their home planet of Baal from Hivefleet Leviathan, will allow you to manage a persistent battle force that will evolve and improve over time… provided they survive. You’ll also be able to field one of several unique heroes, which each have unique ‘Command HQ’ unlockable abilities that will make your force even more potent. An example of a ‘Command’ level ability is tactical air support.

Before we continue, here’s the announcement trailer:

Space Marines are all well and good, but what about the rest of the 40K pantheon of races? Well, there’s some promising news on that front. While only the Space Marines are getting a solo campaign, you can play as the Tyranids in Skirmish and online multiplayer, and there are already strong hints at further factions (plus units, heroes, and more) being included in the future through DLC expansions.

Sanctus Reach introduced the Imperial Guard and Chaos Daemons as DLC post-launch, while 4X game Warhammer 40,000: Gladius has also introduced the other races to its playable roster over time, so we can be confident as to what’s coming down the pipeline.

There’s a lot of promise in Battlesector. Beyond modes and factions, the depth of game systems detailed in the press release looks like it should tick all the right boxes as well, with customisable unit loadouts, detailed stats and abilities, cover mechanics, overwatch, dedicated melee, zones of control, and even something called a ‘Momentum’ system.

Games Workshop used to be very averse to digital games becoming too much like the tabletop experience, but thankfully it’s dropped that point of view, and we’re all the better for it. We can’t wait to get our hands on this one to see how it plays.

Warhammer 40,000: Battlesector is due to release on PC via Steam and the Slitherine store sometime in May 2021.