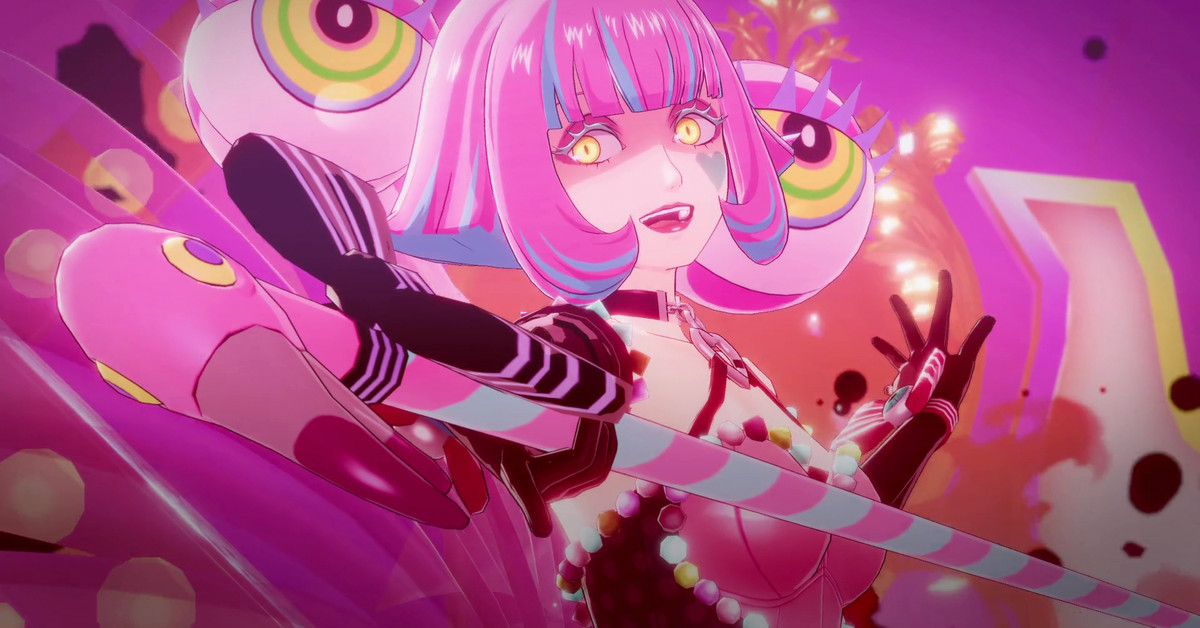 Persona 5 Strikers makes a genre adjustment. Instead of time management and turn-based combat, Strikers adopts some combat elements from Musou games like the Dynasty Warriors series or Hyrule Warriors: Age of Calamity.

Strikers still maintains the long Persona story and the heartfelt time with friends, and ditches the Dynasty Warriors mission formula for more traditional dungeons. It’s a great game, and an awesome sequel for Persona 5 fans.

Here are 10 things we learned from our first few hours in Persona 5 Strikers that will help you on your journey across Japan.

Use your gun to instigate a fight

Persona 5 Strikers has an ambush system, similar to Persona 5. You’ll stun your enemies at the start of combat if you can sneak up behind them beforehand, but the ambush system is a harder to pull off in Strikers. Get caught while trying to ambush, and the enemy stuns you and your team.

If an enemy is a little too sneaky and you’re worried about getting stunned, you can actually initiate combat by shooting at someone. Hold down your gun button just like you would in combat and lock onto the Shadow you want to fight. You won’t stun your enemy by starting combat with a bullet, but you’ll avoid getting stunned yourself.

Talk to everyone and interact with everything

Whenever you have downtime in Persona 5 Strikers, run around Japanese towns, talking to people, interacting with objects, and buying items.

When you hit a major story beat — like arriving in a new town, unlocking a new Jail, or beating a Jail — walk around town and find your friends. We’ve gotten recipes, items, and gear from the Phantom Thieves just by chatting them up on the street.

This same idea applies to interacting with interesting statues or storefronts. Sometimes you’ll get dialogue by interacting with one of these objects, which often gives you some bonus Bond XP to help you unlock skills.

Buy new recipes and cook everything at least once

Because you and the Phantom Thieves spend all your time on the open road in Persona 5 Strikers, you don’t have the luxury of eating meals at a café. Instead, you’ll be doing a lot of cooking in the RV.

The cooking system is really simple: Acquire a recipe (by buying it, talking to a friend, or earning it from a side quest), and then buy the ingredients you need at the store.

Cooking food gives you powerful items to use in Jails, but it can also get you a bunch of Bond experience. Every time you cook a new dish for the first time, your friends will comment about how delicious it is and grant you a bunch of bonus Bond.

Cook everything at least once before cooking the items you really want to use.

Save your Persona ability cards

When you open chests or complete certain Requests (side quests) you’ll get an ability card, which you can use to teach a skill to one of your Personas. These skills can be very powerful, but hold onto them until you have a Persona that you’re sure you want to keep. You’ll apply it to them likely later in the game.

However, you also want to save these cards for special fusion Requests. Once you start getting Requests, you’ll get several missions to show Lavenza a specific Persona with a specific skill. These can be a bit obnoxious, and you have to jump through some hoops in the Fusion system to complete them. But on several occasions, we applied one of these skill cards to the correct Persona and bypassed the Fusion system altogether.

Invest in the Bondmaker skill

The Bond skill tree opens up over time, and you can unlock a lot of powerful passives to empower the Phantom Thieves, like increased damage and lifesteal. You must level up your Bond to get these upgrades, but you can’t grind Bond like individual character’s XP. Instead, you’ll earn it from Requests and when you make story progress.

Invest in the Bondmaker skill as early as possible. Bondmaker increases the amount of Bond XP you get. Since Bond is relatively uncommon, the earlier you start to earn it, the better. Invest in Bondmaker and earn more skill points as you play Persona 5 Strikers.

As you might expect, your characters level up when you fight in Persona 5 Strikers. Also, just like in Persona 5, your allies get more XP if they’re in your active party. Swap your teammates in and out to keep them leveled, and you’ll be able to mitigate some difficulty spikes later in the game.

Each member of the Phantom Thieves brings some value to the team, so you should use each of them at different points in the game. For example, some Jails feature enemies that are weak to lighting, making it a prime place to use Ryuji.

If you really want to be efficient, spend enough time with each Phantom Thief in the opening few Jails to level up their individual Master Arts — powerful upgrades to their combos that you unlock when defeating enemies as a specific Phantom Thief. This way, your entire roster is at full strength for the final few fights.

Fuse your Personas at each new city

Like Persona 5, Joker can carry more than one Persona at a time. Joker’s wide range of Personas makes him an extremely powerful tool for your party — which is good, since he’s the only Phantom Thief you can’t remove from your active group. But Joker will fall behind in power if you don’t use Fusion. Fuse up a new roster and upgrade your Personas at least once per Jail — and more if you’re struggling.

By Fusing Persona with Lavenza, you can create high-level Personas with numerous elemental skills, helping keep Joker a jack-of-all-trades member of your team.

Buy everything you can

Before you leave your first town, the game warns you that you won’t be able to come back. Before you leave, visit every shop in the area and buy out their stocks.

You get a lot of money in Persona 5 Strikers, and while Phantom Thief gear is expensive, items at shops are not. Buy out the stocks to make sure you get all the recipes and items you can. Don’t miss out.

Hold off buying Phantom Thief gear from Sophie until you know what party you plan on using for the Jail. It’s rare that you’ll have enough money to upgrade the weapons and armor of your entire team, so figure out your squad for the next few hours, and then prioritize their gear first.

Use combos to save SP

Every Phantom Thief’s Persona has an associated elemental attack — like Makoto’s Nuke abilities. These powerful spells usually cost SP, and you’ll run out of your resource quickly if you spam these attacks.

But each character in Persona 5 Strikers also has a group of combos, and at least one combo for every Phantom Thief includes a free version of their elemental spell.

In our experience, these free-to-cast spells aren’t nearly as powerful as bringing up your Persona and casting it. But if you’re out of SP — or worried about running out before a boss — using your combos is a great way to get some free damage and hit an enemy’s weakness.

Reset the dungeon if you’re struggling

SP drains a lot faster in Persona 5 Strikers than it does in Persona 5 (probably because you can cast some spells for free like we mentioned above). If you go up against a particularly tough miniboss or even just a big group of enemies, you may find yourself a bit drained.

Thing is, leaving the dungeon and going back in fully replenishes your SP. And because Persona 5 Strikers doesn’t have a time element — so no in-game time passes when you leave and reenter a dungeon — you can do it as many times as you want.

Hop out of the dungeon and back in each time you reach a checkpoint. The only downside to this is the time you’ll spend looking at loading screens, so it’s worth doing as often as you can stomach.