Bet you didn’t see that coming

The stream opened with the first-ever preview of the Street Fighter V iteration of Rose who will arrive as season five’s second DLC character, the Italian fortune teller will be accompanied by a new replication of her classic Street Fighter Alpha stage “Marina of Fortune.” In footage of an early build of Rose, we see that her trademark slide and “Soul Piede” normals are in effect, as are her “Soul Spark” and “Soul Spiral” specials.

“Soul Throw,” however, has been replaced by a new anti-air special, “Soul Bind”, which sees Rose keep her heels planted firmly on the ground, hooking her opponent out of the sky with her scarf. Perhaps most surprisingly of all, Rose has been afforded a new air variant of “Soul Spark”, which launches in a downward trajectory ala Akuma’s air fireball. Much like her protege Menat, Rose’ new move “Soul Punish” allows her to conjure up Soul Orbs that remain on the battlefield as obstacles. 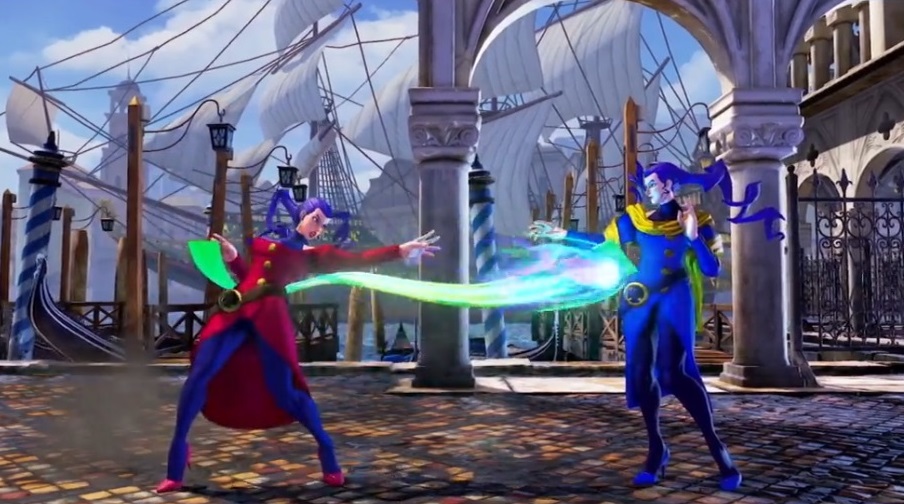 When it comes to V-skills, Rose’s first V-skill  “Tarot Card”, calls upon her fortune-telling ways, as she uses an oversized card to apply resource nerfs to her opponent. V-Skill II will be familiar to Street Fighter IV players, as “Soul Satellite” returns, with Rose surrounding herself in Soul Power for a limited time. Rose’s first V-Trigger allows the medium to teleport across the playfield in the blink of an eye, relocating in almost any position the player chooses. V-Trigger 2 sees the return of her classic Super, “Soul Illusion” – conjuring up multiple Roses for custom combo potential.

Rose has been my Street Fighter “main” since her earlier 1990s appearances but this combination of her classic and new maneuvers – complete with her new zoning and space occupation strategies – present fresh opportunities for the veteran character and look pretty intriguing. I can’t wait to get Street Fighter’s resident psychic back in the ring.