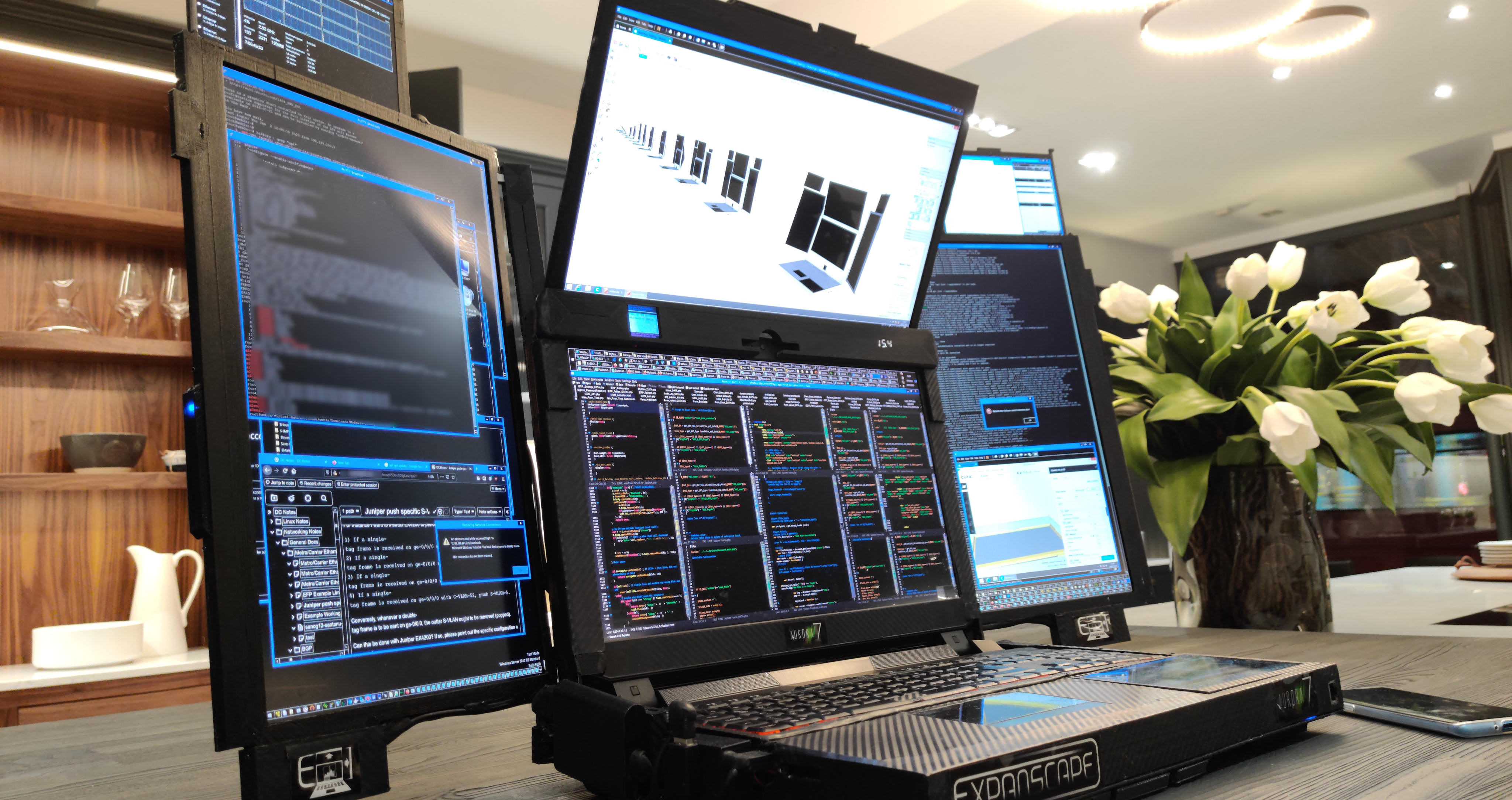 Many of you out there wouldn’t hesitate to grab yourself the best gaming monitor or three for the optimal PC gaming experience, but how many is too many on a gaming laptop? It’s got to be more than seven, according to Expanscape, which has just crammed the most screens we’ve ever seen into a laptop that has a working prototype and is, in fact, available to purchase.

The Expanscape Aurora 7 might not look much like a flower, but it sure blossoms like one, with three 17.3-inch monitors unfolding from behind the primary screen, each capable of delivering 4K resolution. From there, two more seven-inch screens pop up at 1920 x 1200 resolution, with a third baked into the chassis below the keyboard. At just 60Hz though, it’s not likely to make our list of best gaming laptops any time soon.

It even takes two batteries to power the thing; one with a whopping 148Wh to handle the wealth of screens, and another 82Wh for the rest of the system. It doesn’t look like you’d be using the laptop unplugged for very long, though, with the system battery rated to last anywhere between 28 minutes and one hour depending on the clock speed of the processor.

It’s clear Expanscape is targeting a very specific productivity-focused audience with the Aurora 7, even if it packs a good set of gaming hardware beneath its brick-like exterior. Since the laptop is still in development and is currently being made to order whenever it releases, specifications can vary depending on what you’re willing to pay for.

At the bare minimum, the laptop is powered by an Intel i9 9900K that can be adjusted between 2GHz and 4GHz, an Nvidia GTX 1060, 64GB of DDR4 RAM, and 4.5TB worth of storage split between two NVMe SSDs, a 2.5-inch SSD, and a 2.5-inch hard drive. This is the configuration that’ll last you about an hour untethered unless you swap out the battery for a bigger one.

There’s no public MSRP for these prototypes, but if you want one, you’ll have to get in touch with the folks over at Expanscape and sign a contract. We don’t know what peers would be more impressed by if you turn up with the Aurora 7 in your bag: the fact you managed to fit it in, its gaudy seven screens, or the size of your arms after lugging this chonky 12kg machine around with you.