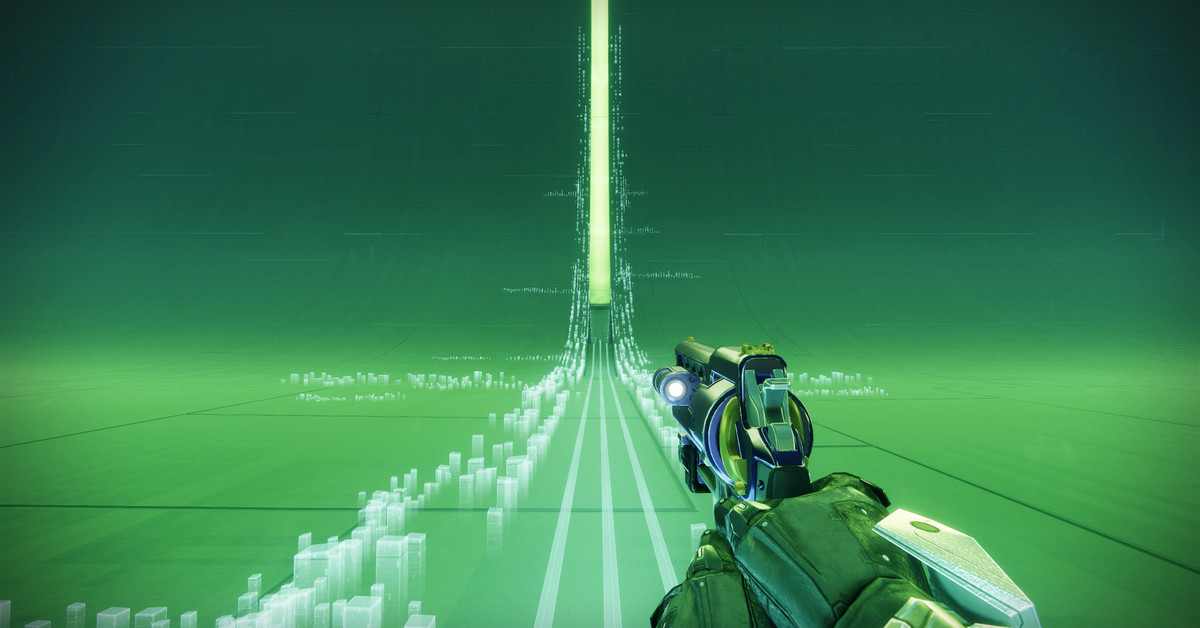 Bungie concluded considered one of the main plots in Destiny 2: Season of the Splicer on Tuesday. Players dived into the Vex Network and killed Quria, considered one of Savathun’s most essential pawns and the pressure behind the Endless Night in the Tower.

Over the previous yr, Bungie has began intertwining Destiny 2’s gameplay and story, giving gamers a motive to care about upcoming occasions and plot twists. So the look of a serious pawn like Quria ups the stakes. But Bungie’s story enhancements reveal a brand new drawback: The gameplay doesn’t dwell up to the story’s expectations.

Quria has been a recognized villain for years, but as an alternative of going out in a serious piece of content material like a raid or dungeon, the mission to kill her is a remix of a number of Season of the Splicer missions I’ve already performed. The larger Bungie raises its story stakes, the extra essential these villains are, and the extra significant their deaths have to turn out to be.

Quria is a strong Vex Mind. She made her first lore look approach again in 2015, with Destiny’s The Taken King enlargement. Oryx, Savathun’s brother and the titular villain of The Taken King, encountered Quria and the Vex once they invaded his Ascendant Realm. Oryx eliminated the Vex from his sacred realm and took Quria, making her a Taken Vex Mind. Oryx then gave Quria to Savathun as a present.

Quria has been Savathun’s loyal minion ever since. She’s the one accountable for trapping the Dreaming City in its three-week cycle. And most not too long ago, she created the Endless Night in the Tower. She’s a personality that Bungie has been constructing up for six years, and she or he’s weaseled her approach out and in of a number of key Destiny moments.

Why ought to I care?

Destiny’s story has been good — or at the least attention-grabbing — for a number of years. The drawback was that none of the story was in the game. Players who needed to concentrate to it might learn the Book of Sorrow from The Taken King or numerous different lore pages on-line. But attempting to comply with the full story simply by listening to mission dialogue? Impossible.

Over the previous three main expansions, Bungie has made it a lot simpler to comply with the story, encouraging gamers like me — those that are serious about the story but typically unwilling to look exterior of the game for it — to care extra. Starting with Forsaken, characters started talking extra to the participant and explaining the story, but the storytelling actually began to hit its stride in the Shadowkeep enlargement again in 2019. Since then, Bungie has gotten higher and higher at incorporating narrative into Destiny 2, with 2021’s Season of the Chosen and Season of the Splicer being two of the excessive factors.

Most of the enhancements come right down to extra in-game explanations of what’s happening. Characters now supply partitions of textual content and voiceover once they provide you with quests. Osiris and Saint-14 occupy bodily house in the video games, and also you’re pressured to observe their dialog earlier than you’ll be able to transfer on; the story is occurring in entrance of you, and you may’t simply button by means of it. When main occasions occur, the world adjustments, like when the Almighty crashed into the Tower, or when the Darkness simply appeared in the sky. Characters matter, and it’s price taking note of cutscenes, since they embody payoffs for main story threads.

I’ve recognized about Quria for a very long time, so now I care about defeating her and what meaning for the story. But that curiosity simply bit me in the ass.

Quria’s boss combat in Tuesday’s Delphi mission is cool and elaborate. But if I die, I’ll simply respawn a couple of seconds later with out having to restart. This isn’t a pinnacle exercise like a dungeon; it’s a story mission. Quria’s only a cool-looking Vex Hydra at the finish of a 15-minute remix of the Expunge missions I’ve been taking part in all season. She’s a high-stakes character who I killed in a low-stakes mission. Maybe it’s all a simulation, possibly Quria will return, but for now, I’m dissatisfied.

In the previous, I might’ve gotten excited simply seeing a personality from the game’s “deep lore” seem in game. Bungie has since raised that bar, but now my expectations have been raised, too. The defeat of an enormous minion like Quria feels prefer it ought to come at the finish of a big mission. And when my mission in opposition to Quria is 90% stuff I’ve performed earlier than, with no problem, and no unique weapons, it doesn’t fulfill.

I’ve liked Destiny since early 2015, and for the first time in my life, the story is considered one of the issues I’m most enthusiastic about with the game’s The Witch Queen enlargement. But when characters matter, killing them must matter. And defeating Quria simply felt like ending one other seasonal goon.