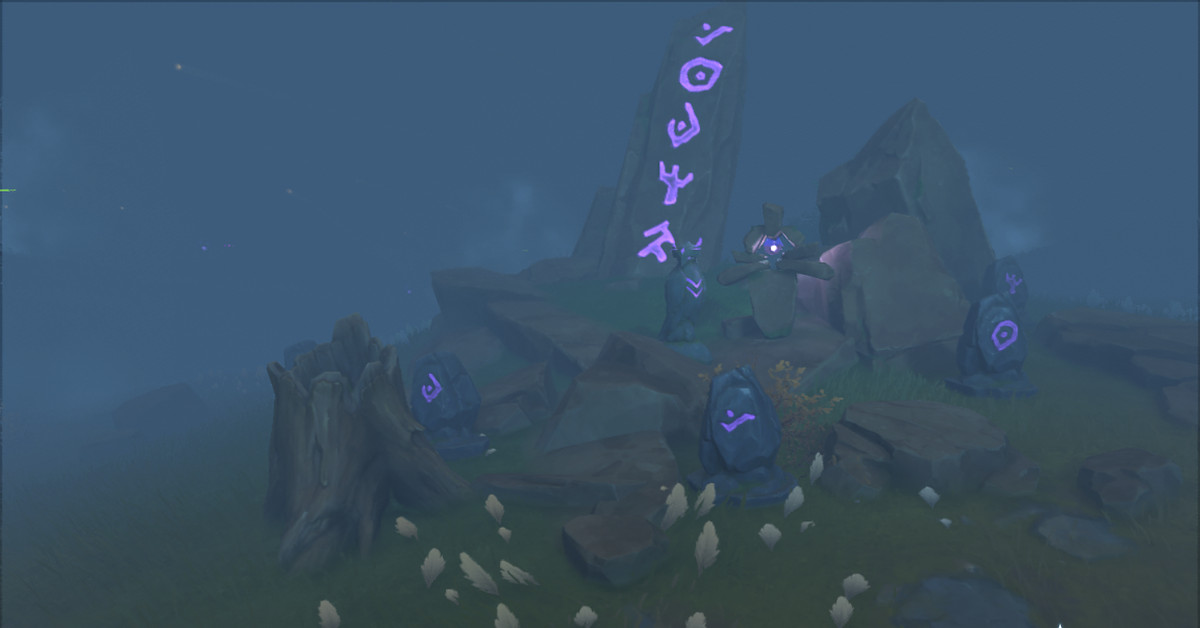 Unlocking and beginning “Octave of the Maushiro”

Note that after finishing the quest with the perches, “Octave of the Maushiro” will solely seem after the subsequent day, in actual world time, not game time.

Most of the “Octave of the Maushiro” quest is easy, aside from the puzzles, which require you to activate or set stones in a particular order. We present the solutions to those stone puzzles beneath.

After getting the Peculiar Pinion and working round a bit, you’ll be on the seaside with a stone puzzle close by. Use the pinion on the close by fowl statue to make an Electro Seelie pop up. Chase it down and it’ll lead you to a mural that reveals the order you have to hit the stones in.

For those that don’t really feel like flipping forwards and backwards between the two areas, we offer the answer above.

The second stone puzzle includes sliding every stone so it’s in entrance of its respective image. There are a number of outer areas you possibly can scoot the stones to, so you possibly can transfer them out of the method and get them in the proper order.

The quest will then lead you into the fog, with one other set of stones and one more fowl statue close by. Use the pillion to make three Seelies seem. Chase down the Seelies to search out lacking stones and produce them again to the authentic spot. Once you’ve positioned the three lacking stones, the corresponding sample to hit them seems on a big pill. We marked out the statues for you, simply in case.

After finishing “Octave of Maushiro,” there might be one other quest to finish: “The Sea of Fog and the Rite of the Trees,” however you’ll want to attend one other real-time day to begin it.